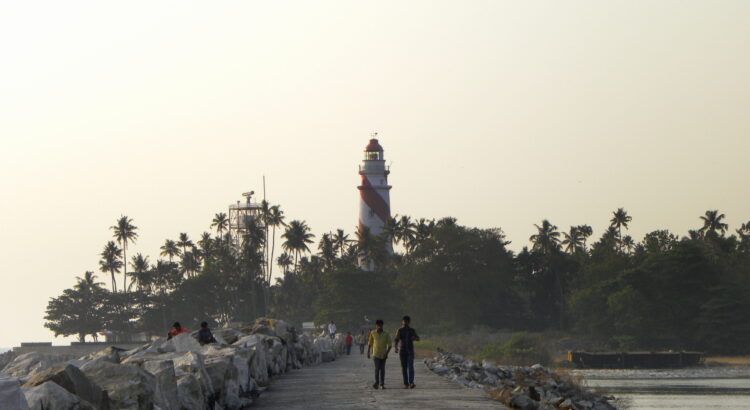 Tangasseri Light house, kollam boasts of being the second tallest on the entire coast of Kerala and is thus even one of the most visited lighthouses in the state on this account.It is one of the two lighthouses in the Kollam Metropolitan Area and is presently under the surveillance of the Chennai Directorate General of Lighthouses and Lightships. The majestic tower is clearly visible and distinct, with its painted red and white oblique bands, and looks pretty indeed in all its glory and majesty. The tower has a total height of 41 metres, or 135 feet, and has been operational since the year 1902. The beacon can be seen up to 13 miles out at sea. Check out the lighthouse at Thangasseri, which is open to visitors from 1530 – 1730 hrs. Get to see the sun setting and the moon rising simultaneously at Thangasseri on the drive down the Lighthouse Road, which gives you a breathtaking view of the sea as well. Lift facility has been installed at the lighthouse to help everyone reach the top of the lighthouse with ease.